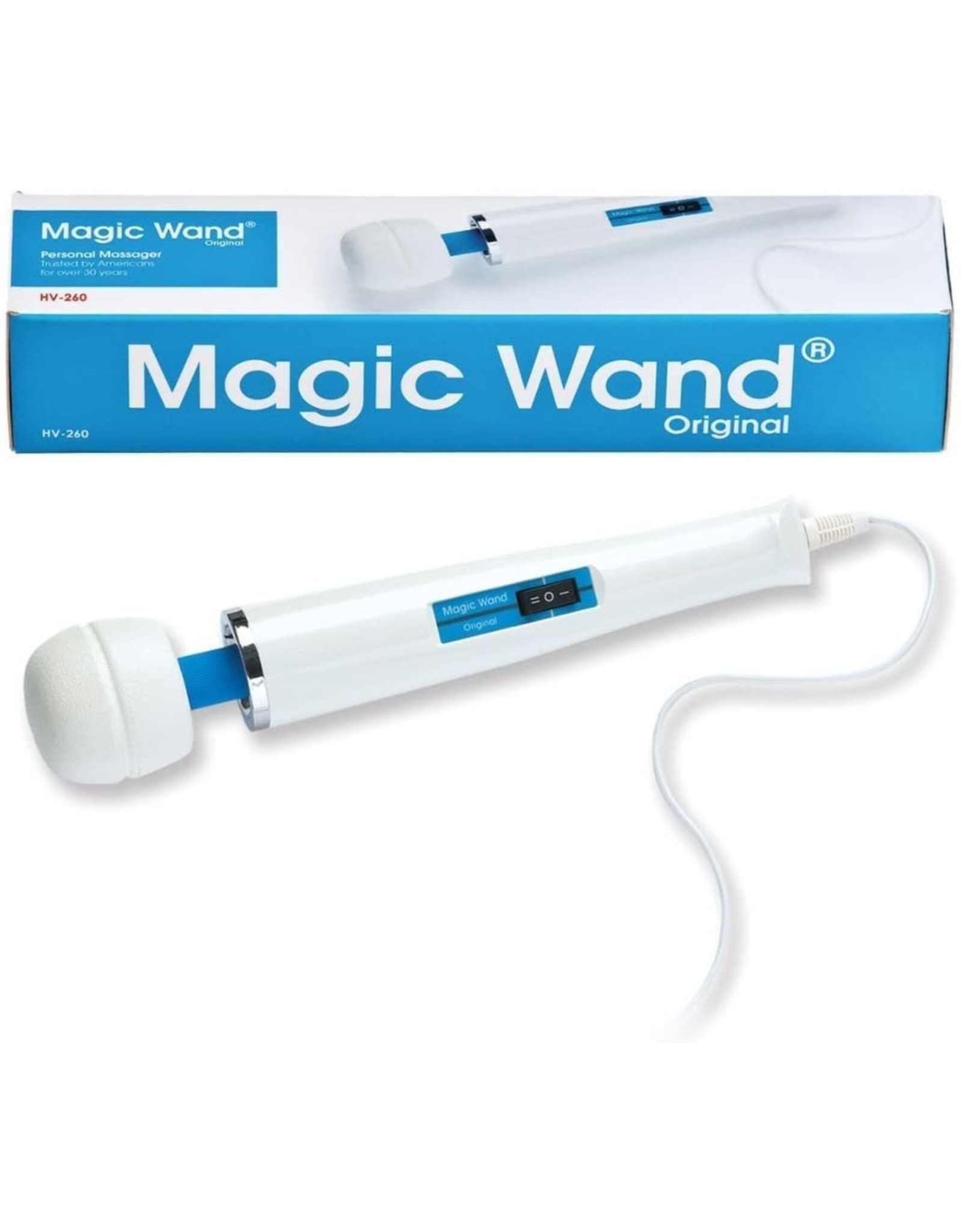 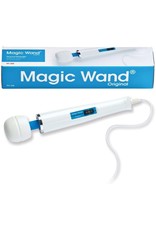 There's absolutely nothing like the real thing, and this fantastically popular, mind-bendingly powerful orgasm machine is where it all began! The Original Magic Wand is unquestionably one of, if not the ultimate best-loved vibrators in history, it's been called a marriage saver, is often recommended by sexual health care providers for women who have difficulty climaxing, and, as countless reviews testify, it's quite simply the only vibe you, or you and playmate, will ever need.

The classic Wand was originally developed as a body massager, working wonders on stiff muscles, but not much time passed before a whole new use surfaced- pure pleasure. The extreme power of this vibe is unparalleled thanks to a Japanese designed motor that's dependent on reliable electricity instead of batteries.

Extraordinary in its ability to bring on near-instant arousal and consistent, multiple orgasms, the Wand boasts two speeds, a low and a high setting (5,000 and 6,000 vibrations per minute, respectively), allowing for customization over the intensity (though the low setting is often absolutely perfect for most purposes). Deep, penetrating vibrations focus on whichever body part is lucky enough to be the recipient of the Wand's ministrations, and since it's broad, plush and softly rounded at the head, the shape easily nestles against the clitoris, the erogenous zone most often targeted by orgasm-seeking women.

Add your review
0 stars based on 0 reviews